I don't have much to say today. I spent the day concentrating on real life stuff. So I figured I'd give you a couple of amusing screenshots instead.
First... 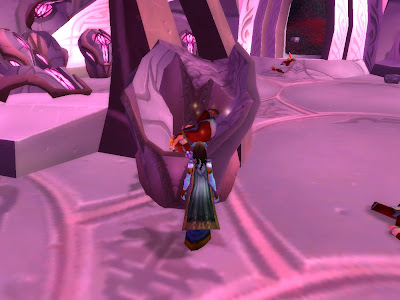 You know, escape pods normally don't work when the ship is on the ground. 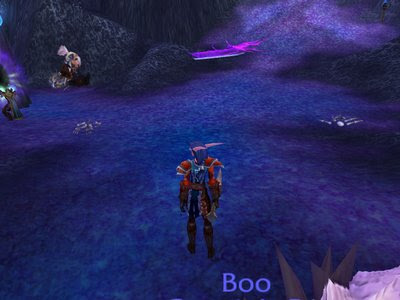 Okay, who ordered the light gnome? The kitchen may have let that one sit a little too long. 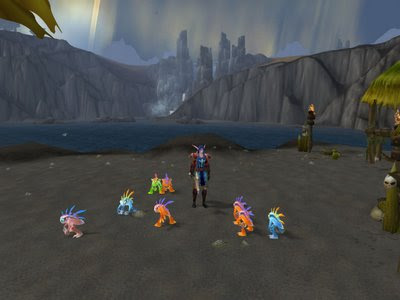 They won't stop following me! HELP!

The second screenshot was taken outside the Nexus. The DK was originally sitting on an egg, which I broke for a quest. She then mourned the loss of her egg.

And the last one is currently my desktop wallpaper.
Posted by Melfina at 7:01 PM