I've been haphazardly gathering elders, and I plan to do a full run at some ungodly hour of the morning (since I want to get Elders of the Horde). My guild did a short get coins run, starting in Booty Bay and culminating in Strat and an Omen fight. Now I was pretty useless in the fight (which was EPIC), but I did take screenshots. And I learned some stuff...

Omen's area attack will not be aimed at you if you are not hitting him. So if you're trying to watch the fight, stay away from the damage-dealers.

It is possible for one tank, one healer, one druid (dps) and a few lower-level dpsers to take down Omen. It took like 45 minutes but it is possible. Now I don't think it would have worked as well without an awesome tank and an awesome healer, but it most certainly can be done. It might have been slightly shorter if I'd remembered to turn trueshot back on after I died, but oh well, no one's perfect. 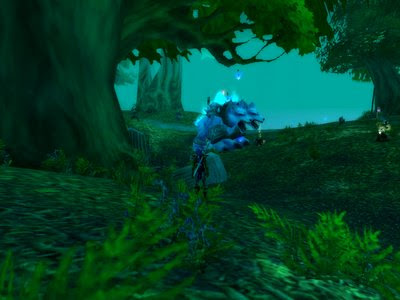 You can see our awesome holy priest Fi in this one, and the pally tank Pere. 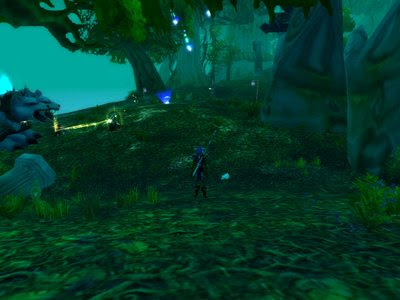 That's one of the area-affect attack, and there's Fi and Pere again. 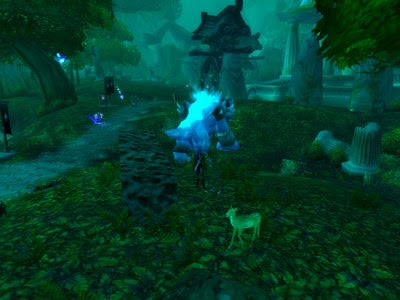 As you can see, I just stood around and watched. The area-affect was enough to one-shot me (which it did once) and I wasn't doing much damage. Now, in a real raid, I wouldn't sit out, but with being 15 levels lower than the rest of the party and god knows how many levels lower than the boss, well, my contribution would be outweighed by the trouble I would cause.
Posted by Melfina at 4:56 PM