*fade in to a grassy field. In the middle of the shot is a blood elf male, wearing mail* 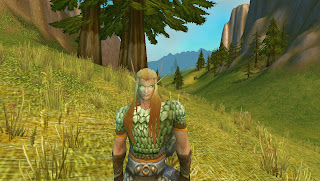 Welcome to Heard Around Azeroth.  I'm your host, Aethelred the Perpetually Unready.  Today's show will delve deep into the gossip surrounding this most august event, as well as helping me overcome my fears of invisible bears.  They're out there, I swear!  You'll all be sorry when they eat you!

*A night elf female dashes into shot and throws water on Aethelred.  He coughs, sputters, and pushes his hair out of his face*

Sorry about that. I'm making progress, or at least that's what my therapist says, but it's slow-going some days.  Anyway, first off, I'd like to share a little tale with you.  I was sitting next to two lovely Sindorei women, and couldn't help overhearing their conversation during the orc/human match.  They were discussing orcs and their "size" when our august Regent Lor'themar Theron wandered by and made what I consider to be one of the funniest remarks I've heard this century...

"Yes, ladies, they really are that big, but they're also spiked for your pain."

I managed to catch up with him later, and here's what he had to say, with the Grand Magister at his side as always. 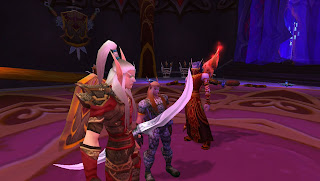 "Regent, I can't help but wonder, how exactly do you know orcs have spiked penises?"

"I don't, but I heard the rumor lately, and thought it would be a nice one to spread.  We Sin'dorei really can't afford to have dalliances outside our race.  Our population's on the verge of extinction, we need to reproduce."

"But couldn't you ask the warchief?"

"Does it seem like a good idea to walk up to an orc and ask him if he has spikes on his penis?  Really?"

"Good point.  Now given your push towards reproduction, when can we expect you to get married?"

"Shut up, Rommath! Of course, my duties to the Sin'dorei come first, and sadly they leave me little time for courtship."

"Thank you, Regent, and I know all of us wish you great luck in finding that special woman.  And Magister Rommath, I would encourage you to seek a mate as well.  Your great magical aptitude should be passed down to the next generation."

"You know, there are days I fear for the future of our race.  Did you know he's the most promising young paladin we've got?"

"At least the mages are doing well."

*They wander off.  Then a night elf female dashes into frame.* 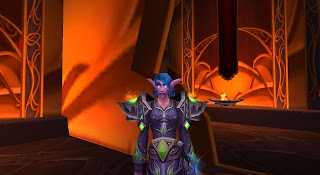 "Sorry about that.  I'm Lyllea, and this has been Heard Around Azeroth.  Next time we attempt to get a gnome to sit still long enough to tell us about their surprise victory over the Vrykul.  Now if you'll excuse me, I have a blood elf paladin to go cast fear ward on."
Posted by Melfina at 11:58 AM