Still here, I guess. I'm kinda in the summer doldrums, between wow's been there done that, my serotonin levels issue, and stuffs. I have been playing lotro on and off. I did just enough of the spring festival to get 4 more maps for the cartographer achieve for Nathyrra, and have decided on a "by end of summer" goal. I want to get all my toons (that's 9 thanks to the character slot sale and my desire to have one of each class) to 20, so I can try skirmishes on all of them. I've got 3 past there already (hunter, minstrel, and captain). I have found it rather interesting how variant skirmishes can be, based on your class and companion. Nathyrra (hunter) dies so much it's not even fun, which gives me another reason to level her via quests (beyond the needing traits). The minstrel may not die much, but I can't be in the dps stance and keep my henchman alive, and I need the henchman. That makes it slow and kinda boring. Dps a bit, heal all the things, rinse, repeat. The captain's probably the most fun. Between her herald (humanoid pet) and the henchwoman healer, all the things die quickly and require much less micromanagement. So I go into skirms on the minstrel to practice healing, and on the captain for fun. Here's a screencap of the minstrel and henchman during a skirm (Trouble in Tuckborough) 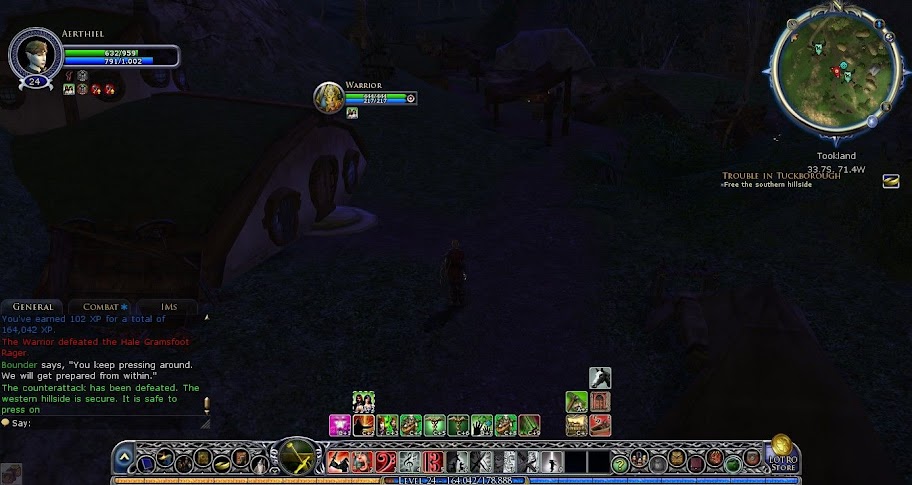 You can see why I have to heal him a lot, can't you?

And here's some more screencaps, because I can, and also because I don't really have much else to say right now. 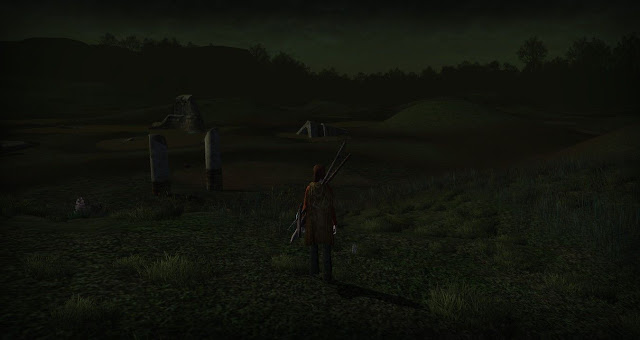 Here we see the warden looking over the midgewater marshes. Not pretty, but a well-done landscape, imho. 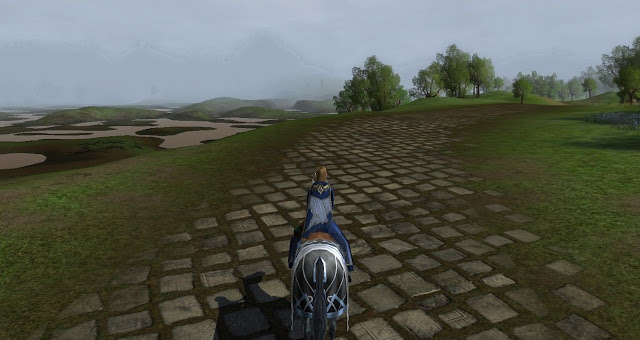 Here's another view, from the road to the Lonelands. And yup, that's a different toon. That's either my loremaster or runekeeper (I get the two confused), and she got the Sinister title over the holiday because I thought it was a cool title. 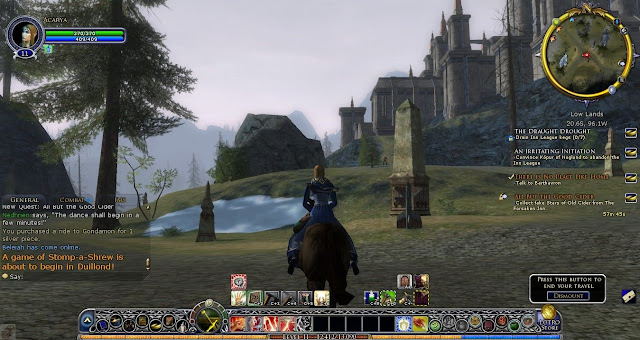 And here's city whose name I can't remember, in Ered Luin. It's the dwarf city in the middle of the map. Gondo something or other.

As far as wow goes, I know there's all sorts of cool stuff coming out of beta. I'm ignoring it so that all the new cool stuff is new and cool when the expansion actually comes out. I am planning to keep Lyllea as my main, and at some point soonish I know my guild will be doing some trial runs of various beta instances so we can get some handle on class changes. What little I've heard, mostly from matticus, indicates that I'll be happy with my new disc stuff.
Posted by Melfina at 12:35 PM 1 comment: