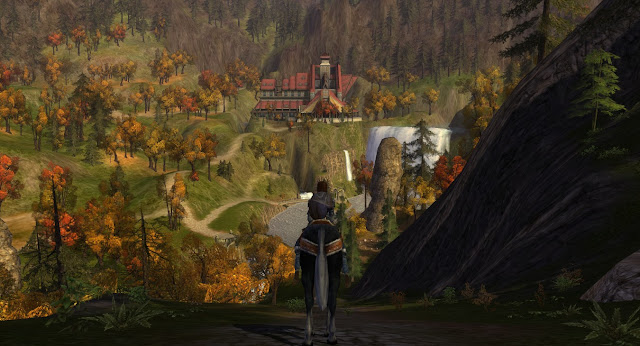 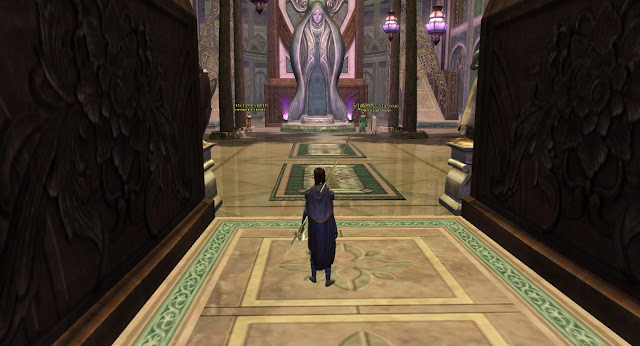 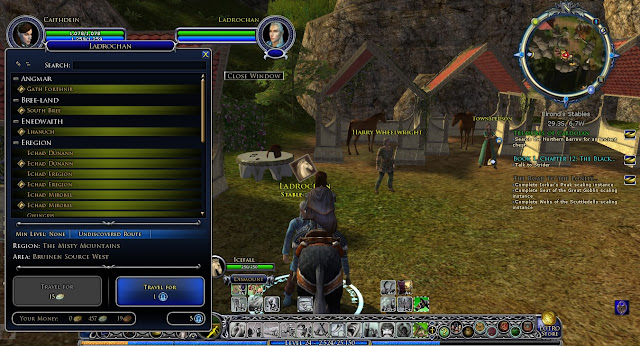 They're also released a cloak for Boston, which is a nice touch, and is pretty. Now, if you'll excuse me, I have an Anniversary Celebration to get back to (last night and all)
Posted by Melfina at 9:06 PM No comments:

Where I've been (just in case you were wondering)

I've been dealing with a failing gallbladder and a (possibly but I'm really hoping not) failing computer. Gallbladder's all gone, and the surgery was way easier than dealing with it failing. Computer, well, I'm popping it open today (for the first time ever) to clean it and check the thermal paste. Given that it just  powers off randomly, something which it started with Mists, and has now spread to games like Torchlight 2, Neverwinter Nights 2, and even LotRO, (and now with the cooling pad on it as well) I'm hoping for dust bunnies and a happier Taliesin afterwards. Replacing him is not in the cards any time soon.

Gaming-wise, there's been almost none. I haven't logged onto WoW since Dec, and my sub's run out. Oddly enough, I don't miss it. I miss hanging with my awesome guildies, but Mists just didn't grab me. Still might resub at some point to get a baby dragon, but that's about all I want out of it. Who'd have thought that an expansion based around dailies at max level would not appeal to someone who doesn't like dailies? SHOCKER! I consume media in chunks, whether it's watching an entire season of a TV show at once, reading an entire webcomic or blog archive, or questing for several hours at a time. The daily concept doesn't really work so well with that, and I resent feeling like I MUST do something in a game that isn't fun. So yeah, not my thing atm.

I've currently got some Black Isle games installed, but mostly have discovered that a)I don't want to do Irenicus's stupid starting dungeon for the 20th time and b) I really am not good at AD&D. I did log onto lotro last night and play with an alt for about 10 min before shutdown, and had some fun. It looked a bit different than 9 months ago, but I liked what little I saw. Currently my antiquated desktop is (hopefully) pulling down the installer via Pando (which I hate), and I'm hoping it'll handle it enough to let me play. Not expecting graphical miracles or anything, just more than 10 minutes of running around killing wolves and vale pests.

Otherwise, well, there's been a great deal of knitting. I have a couple ideas for WoW-related knitting projects, and I learned I can knit a lace shawl in a week if I focus on it. Since I'm still struggling with major depression, I'm trying to get set up to sell some of my lace (mostly shawls but I'm trying to branch out into hats, armwarmers, scarves, and random other things). Sadly, knitting time and gaming time are difficult to combine.

As for this blog, I shall post when I'm gaming (or have something to say about gaming). I figure you all aren't here for random blatherings, but rather specific, game-based blatherings. I might try a let's play of something. I do have plans to try DDO (again), Conan, Star Trek, and possibly the Old Republic. The Secret World sounds like something I'd love, but given tight funds that might be a while. And there's always my ridiculous steam backlog of games. But right now, I think I shall go see if I can wander around Middle Earth for a bit before girding my loins to take this laptop apart (EEEP!)
Posted by Melfina at 10:50 AM 1 comment: