The Problem With Warlocks

So why are there so few warlocks? Cynwise has a great series of posts on the matter, and I figured i'd throw in my 2 cents.  First off, go read his posts. It's okay, I'll wait, plus it's a great blog...

Leveling Data on warlocks is worse than I thought
Where did all the Warlocks go in Cataclysm?

Now, having just leveled a mage to 85 and being (in a rather slow process) of leveling a lock to 85, I figured I could perhaps shed some light on the leveling game.  Here's the problems as I see them...
1)No real incentive to have a 'lock in a raid. No nifty buffs, just healthstones and demon TV. At least as a mage I can give my healers more mana (mmmm int buff) and cake. As a lock, I can give you underwater breathing. Big Whoop.

2) Warlocks are kinda underpowered in the leveling game. Mages are too, actually, or maybe I just stinke at frost maging. But playing affliction, I feel like I barely have time to dot a mob before the other dps have killed it. Destruction feels a bit better, but not by much.

3) I get bitched at for Life Tapping. Only way I can do halfway decent dps on non bosses is Rain of Fire, and that gets expensive mana-wise.  Healers that don't mind Life Tapping seem to be few and far between. Believe me, I understand, I hated life tapping locks too, but a good warlock knows when you life tap and when you don't.

4) PVP survivability. I have none. Luckly I don't mind this overmuch, since I die a lot in PVP anyway, but it's kind of annoying being completely heirloomed out and still being that squishy. I do get a ridiculous amount of glee running around a BG with my gnome hair (on a Forsaken) dotting the crap out of everyone and giggling when my dots kill them. Sadly, this is generally shortly after they've killed me.

5) Pets. I remember my first lock (a belf who's somewhere in the 30s level-wise and this was endBC/beginning of Wraith days) having a blueberry who held aggro. He was a complete idiot compared to my hunter's pets. Still feels that way. Running around with an imp who does more damage than I do (because his cast time is less) is plain embarrassing.

6) Pure DPS class, no other options. Let's look at the other pure DPS classes....
Mage->squishy, can have pet, long cast time, but 2 viable end-game specs, much-wanted buff, portals and cake! Competes for cloth gear.  Stupid cloth competition....
Hunter->Fast-paced, many options in terms of pets (and pet buffs), extreme soloing and farming very viable. Only competition for agility mail is enhancement shaman
Rogue->Just got a legendary, can pick-pocket, and stealth. Plus, seen as the extremely viable PVP class.  Only competition for leather agility gear is feral druids.

7) If I want to play an evil toon, warlocks seem like a natural choice. But DKs start at 55, get ridiculously good gear to start, and are easier to play well. So unless I must be ranged, I'm probably going to go for a DK

If I have a friend just starting to play WoW, I'm going to steer them towards a hybrid class. If they really want to play pure ranged DPS, I'm going to suggest a hunter or mage. The dot DPS of locks is fun, but I play a shadowpriest, I'm used to dot management and it took me several months to learn how to do it properly. Warlocks are simply not a class I'd recommend to a beginner. I also wouldn't recommend priests (shadow is complicated), or feral druids. If you want to heal and hit stuff with a big weapon, I'd say pally, if you want to heal and cast I'd say shaman, and if you want to tank and or hit stuff with two big weapons, hello warrior. If you have no idea at all, I'd say hello druid.

Warlocks are awesome, and I'm actually really looking forward to raiding on my 'lock when she gets there. Here's hoping Mists makes them a bit more viable, since a good warlock is a wonder to behold.
Posted by Melfina at 6:45 PM 2 comments: 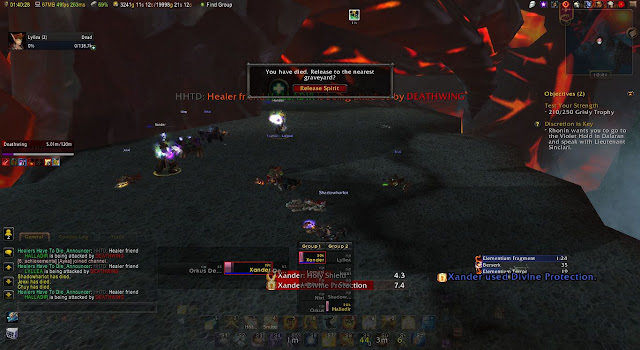 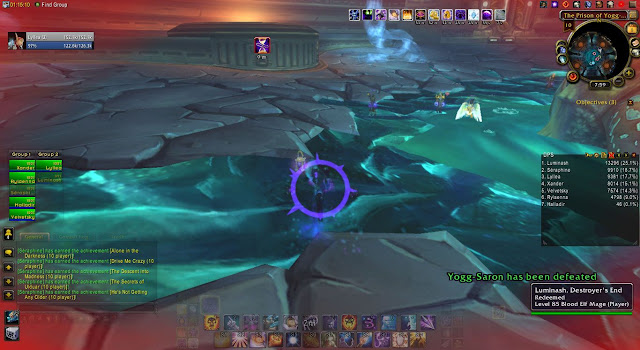 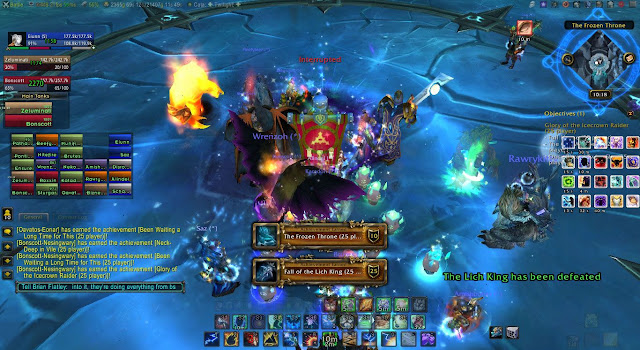 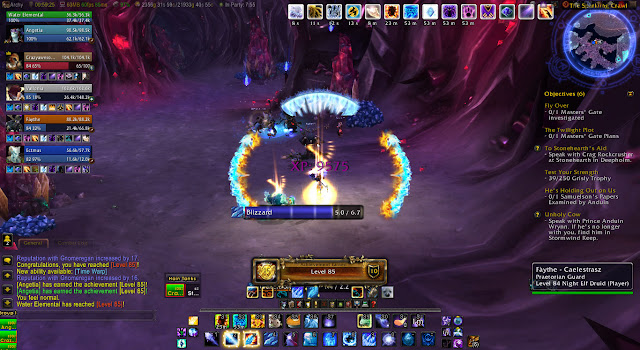 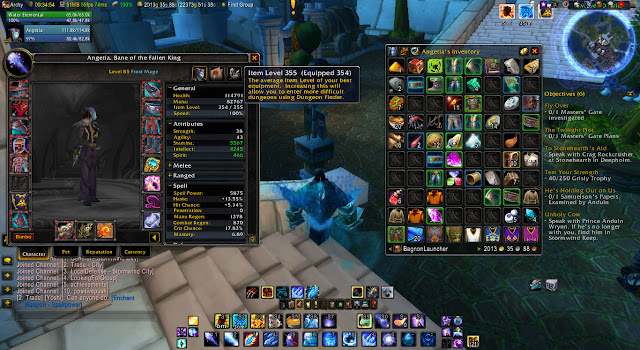