So, we have a release date for Mists. Finally. I am working on a comprehensive Cat thing, but in the meantime I give you screencaps that pretty much sum things up.... 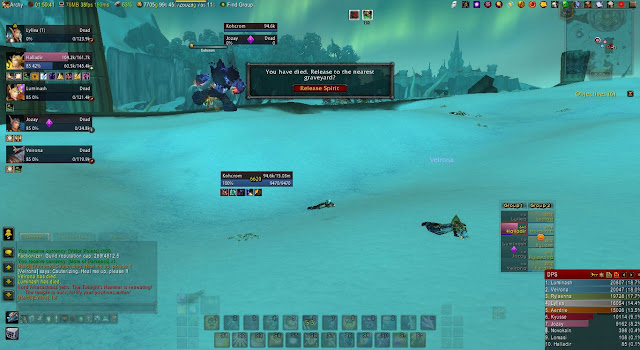 Cat, fun the first time, ridiculously hysterical on occasion. (Yes, this is heroic Porkchop with Koh refusing to die and our dps kiting him around) 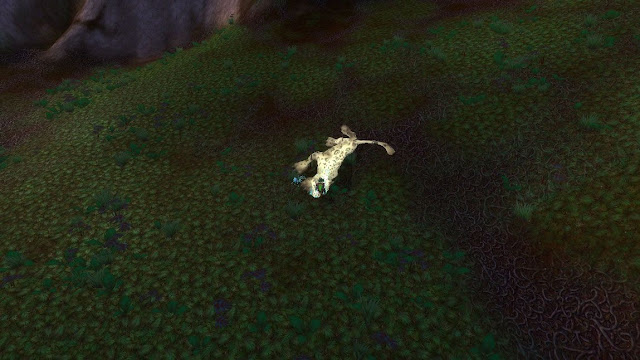 And this is Cat the third time you do it. Boring and long and you want it to die, DAMN IT! (and yes, I killed a spirit beast just for that screencap). No options, not a lot of choice, do stuff in the order Blizz wants you to do it, and like it. 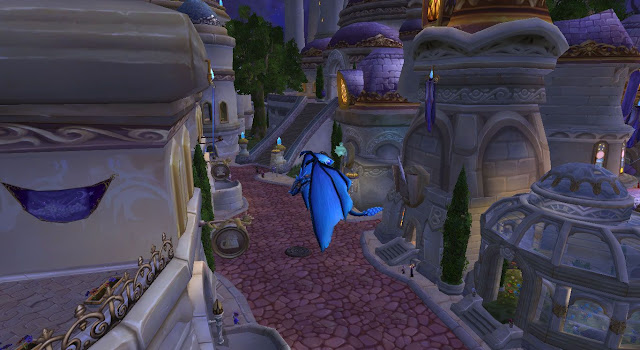 And this is Wraith (or an excuse to show off my shiny new blue drake). Go do stuff in any order, level in your choice of at least two zones per leveling range, and prettier mounts.

Oh, and this entire thing was inspired by The Grumpy Elf so go read his thing.
Posted by Melfina at 2:52 PM 1 comment:

Hiatus....(and a bit of armchair quarterbacking)

So, as you may all have guessed, I'm currently on a bit of a blogging hiatus. I'm still in a WoW been there done that funk, and am basically on a mmo break for the moment. I promise to pick back up once Mists is closer, and will be tweeting when I restart (and I always announce blog posts on Twitter as well, so follow @MelfinatheBlue for blog stuff, and randomness).

I have been logging into lotro every so often, mostly to get the stuff out of my mail if I win a lotto, which is an awesome thing, by the way. It's fun, prompts me to play for a bit, and costs them nothing. For example, in the latest lottos...

The free stuff lotto was fireworks (I think), and the others give you a bit of cash and food and at least one good item for the character's level. Plus they do special holiday ones, and have been doing mount ones as well. Great idea, imho.

I'm still raiding in WoW, and my guild is recruiting, but that's all I'm doing in game. I can't help but contrast this with the end of Wraith, where I was not so bored so quickly. I think part of the problem is Looking For Raid making all of Dragon Soul so easy to get through, which is good and bad. Good for content accessability, bad for keeping players interested over multiple months. Honestly, if I were Blizz, I'd be frantically pushing Mists out to keep from losing more players.

Oh, and while we're on this how I could do better thing, I would ALWAYS release multiple raids for the last patch of an expansion. This boredom problem's hit for the end of two expansions now, and having more than one raid to play in would help some. I'd kill for another tier 11, with 3 raids and 15ish battles, rather than our current 1 raid and 8 battles. Heck, even ICC's wings were better than this.

And in closing, I HATE DS trash.  I HATE THE STUPID OOZES AND TENTACLES AND PURPLE DRAGONS WITH A FIERY PASSION.  They're boring and heal-intensive. At least ICC trash was fun.
Posted by Melfina at 3:41 PM 1 comment: