Horde-side is turning out well for me. Last night just ended up being an AMAZING night and I have screencaps to share! (the day started off horribly, so last night was extra awesome as a result)

First off, I'd signed up for a Light of Dawn run (LK 25 heroic) that had been advertised in the achievements channel.  We actually had 25 people, and lost more people to the elevator boss than any other boss before LK. One wipe on LK, and a new title (and a bunch of achieves) was mine! 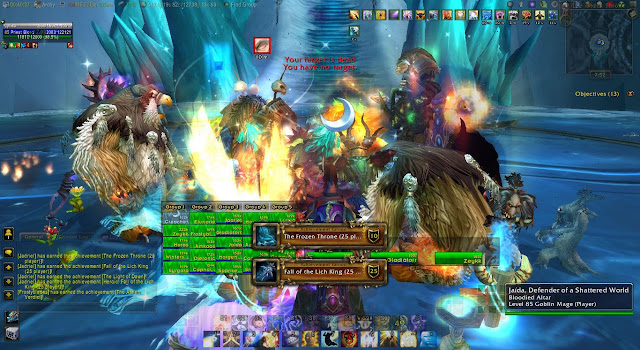 Then the same raid leader (who was awesome and if you can go on a run Creacher's running, do IT!) said he was doing an Ulduar 10 drake run. We all know I've been lusting after that drake forever, so I was in. It was a spectacular group, and we ended up doing Yogg+0... 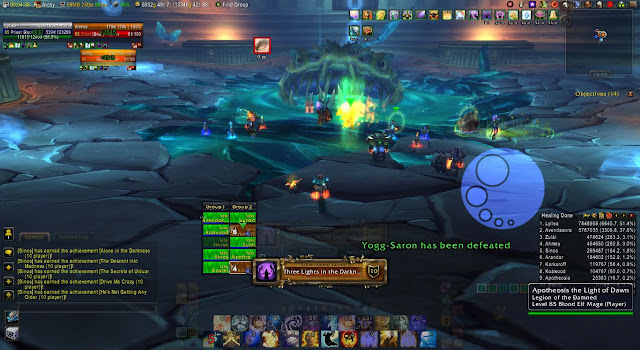 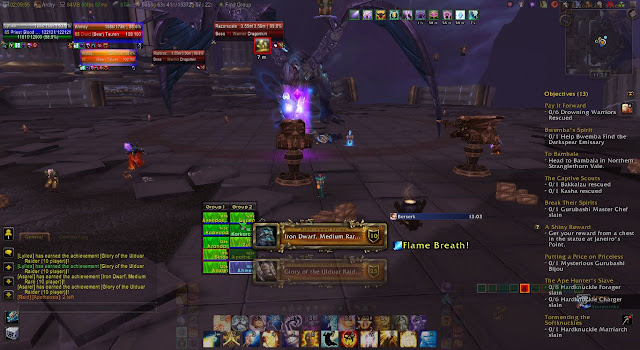 And then went to say hi to the Observer 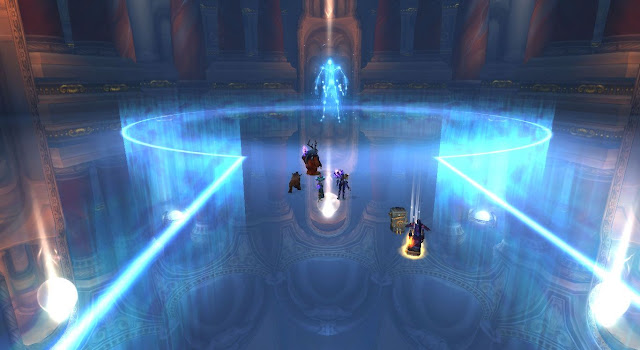 I won the quest thing and got to make the Dal skies all pretty! 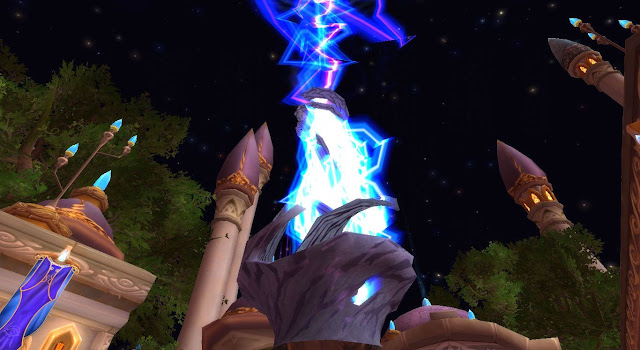 And got my new buddy to top it all off! Oh, and some ulduar tier. I will defn be going on these runs again, it was a lot of fun and SQUEEE MOUNT OF SHINY! 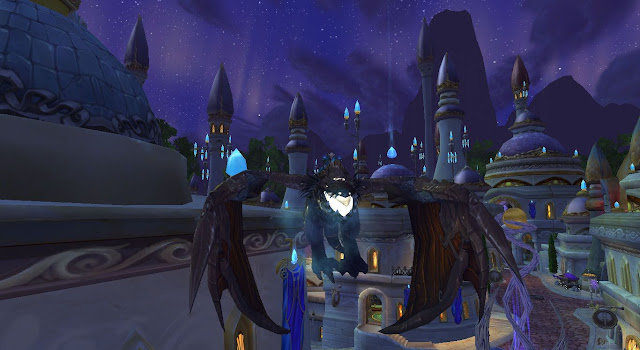