I continue to have ridiculous amounts of fun playing ESO. My warden's now my highest level toon (okay, given that Cerlind, the previous record holder, was level 10, this was not a hard record to break, but still). Between self-heals, a bear, and aoe spells centered on self, I manage to stay alive pretty well even when I pull more than one thing (this happens with frequency and I have trouble keeping track of more than one mob, especially if they're charging or jumping or vanishing, all of which ESO mobs do).

So, because it's a very high pain day (and been a high pain week), I give you the continuing adventures of the Scarlet Strider, the famed successor of the Scarlet Judge! Her mission is currently to find a copy of Morality and Justice in Morrowind for Dummies, and a copy of Who's Who in Morrowind would also not come amiss. For some reason, Breton public schools, or even private academies, don't cover these things.

(Cough, Spoilers for Vvardenfel quests, cough. Also, RP because I can, WAHAHAHAH!)


Here we see my mentor. I can't help but wonder how desperate the guy must be to choose an Outlander for this. Heck, I can't even name all the houses. There's Hlaulau or something, the Telvanni aka Slaving Mages of What Does This Button Do, and the Redrums? Nah, that's not quite right. Oh well. 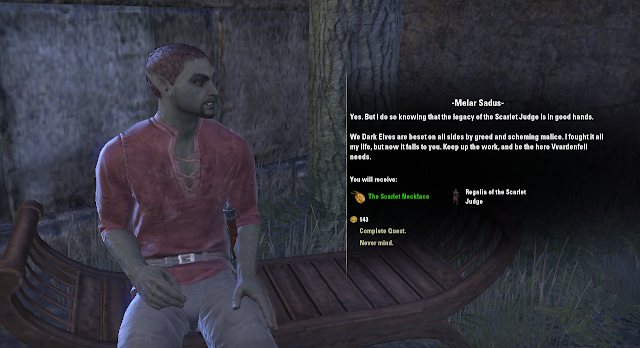 And they laughed at me when I said sooner or later my knowledge of the visible spectrum of light and geometry would come in handy while dungeon-delving! Well, who's laughing now? Actually, they might be, I think it's comedy night at the tavern near the academy. 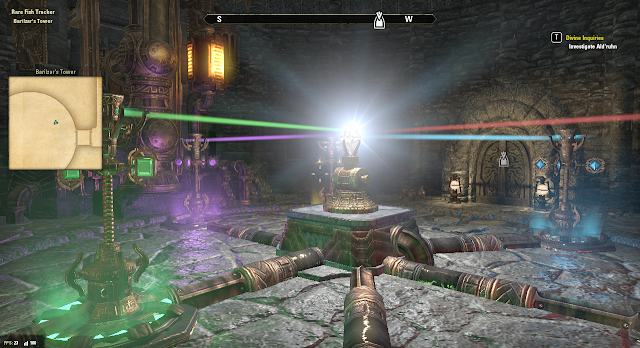 Here we see a Telvanni. See why I call 'em What Does This Button Do? It's never anything good, and I end up cleaning up the resulting mess. Revus does have cute hair, I'll give him that much. It's the only reason I haven't smacked him upside the head yet. 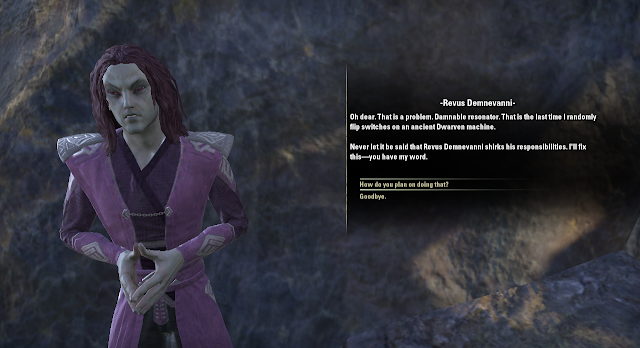 I'm still trying to wrap my head around this political system and failing. But I guess open is good, right? Maybe? 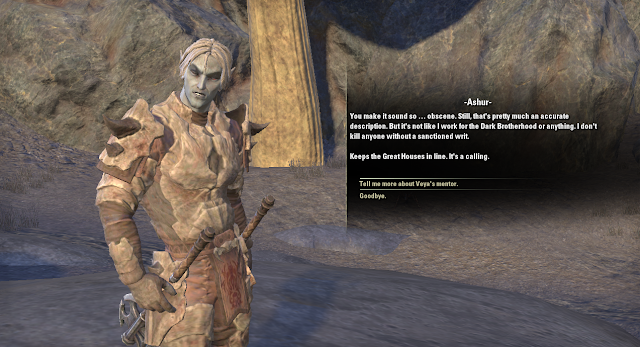 You know, if it weren't for the river of lava flowing down the volcano in the background, I'd consider living in Balmora. It's a nice city. Vivec's not bad, I did get a free inn room, but that meteor hanging over my head all the time makes me REALLY nervous. 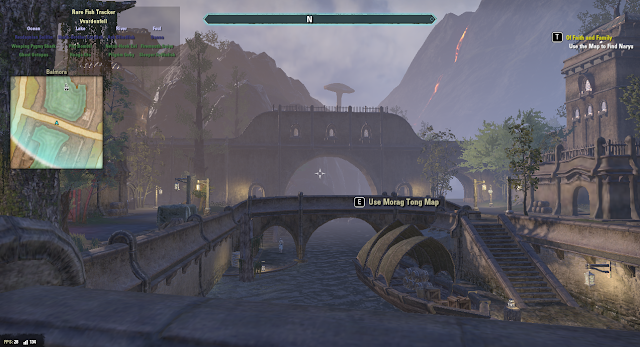 Someone in the Morag Tong missed their calling as a landscape artist. I'd give them a few gold for a painting of this without the arrow. 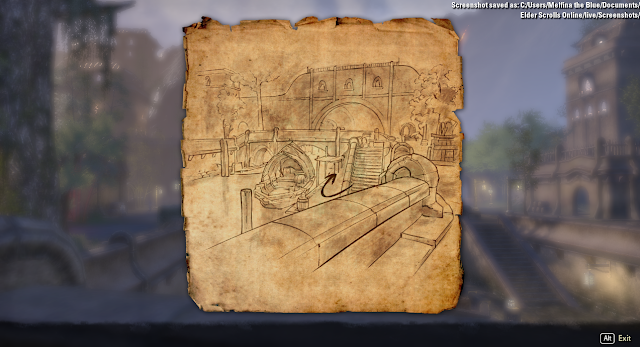 Oddly enough, I find the assassins less morally challenging than the politicians. At least you're all honest about it. Plus I really want to have a girls night with Naryu, she's just fun to hang with! 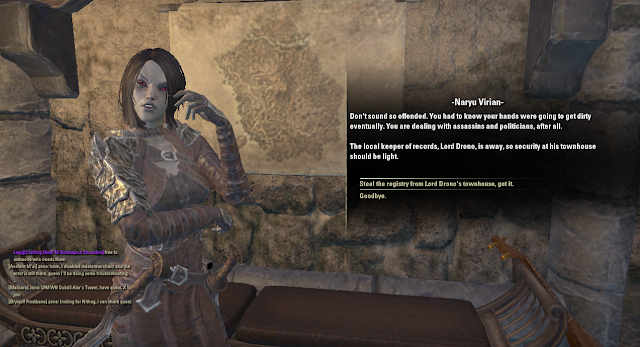 And here's my Scarlet Strider getup. No, I'm not the Scarlet Judge, that's a stupid name. My enemies take cliff striders to the face, and everyone knows alliteration's the way to go for vigilante names. Plus, it's a nice callback to a ranger I once read about and had a bit of a crush on.
Yes, I should probably have a hood, but do you have any idea how long it takes to get my hair like that? Plus, I've learned that dark elves are not so good at telling one Breton from another, so I'm not worried. Seriously, I change armor, and they have no idea where the Strider's gone. 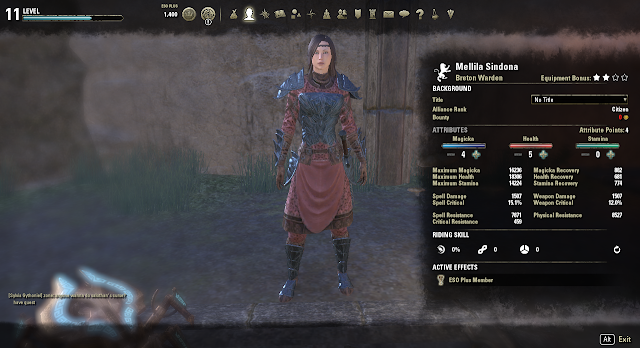 I'm a vigilante, not a guard. I have to get my hands dirty from time to time, and quite frankly, if you're stupid enough to leave your stuff in a locked chest in the middle of nowhere, I have no problem lock-picking and claiming the contents under the ancient rules of finders-keepers. Plus, I need the practice, lock-picking's hard! 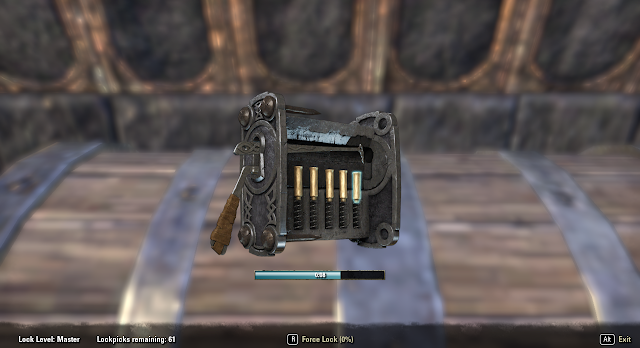