Part of leveling Lyllea is figuring out the whole healing thing. And after doing some research (and asking in wow_ladies), I found the shiny, decently-easy to set up healing addon of my dreams.

It tells me buffs and debuffs, and I was able to add Weakened Soul and Power Word: Shield to it. It also allows me to just mouse over someone's square and hit the left mouse button to PW:S, the right to Flash heal, and wow, is that useful both in soloing and running stuff. And it allows me to have a funny resurrection saying without building a macro, and there's nifty buffing things (which I have not played with since a 5 man is pretty easy to keep buffed and I don't even try in pvp).

Anyway, here's it is while questing... 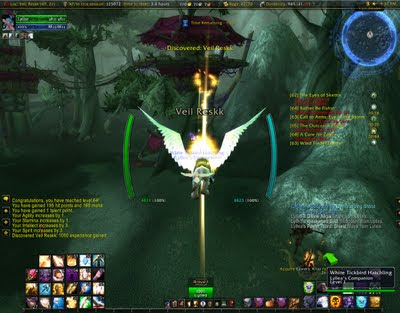 And here's a screenshot from Alterac Valley (and I've neated things up a bit since but I haven't been in a raid since, so no new screencap. I'll post an updated one as soon as I have one). Basically, now all the raid frames fit into the gap between my bars so they're front and center, but I can still see where I am and that I'm not standing in fire. 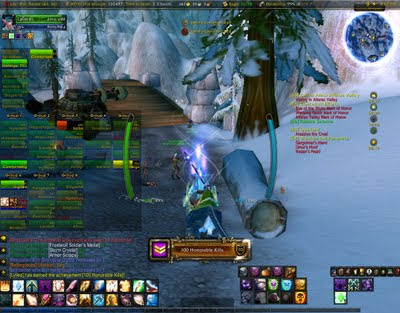 Nifty things to point out...
people greyed out are out of range for casting.
you can see my custom PW:S and Weakened Soul debuff on someone in group 6.
it's clear and easy for me to read (and tells me how much my heals will hit for on the bars).

Plus, there's an 86 page thread on it, the developer responds quickly and does his.her best to fix bugs as they are reported, and it's fairly useable just out of the box, but has a ton of customizable options.

And here's a slightly better picture. Because I was busy healing in the BG rather than screencaping, it isn't that good, but you can at least see the bars and more or less how I've arranged them. 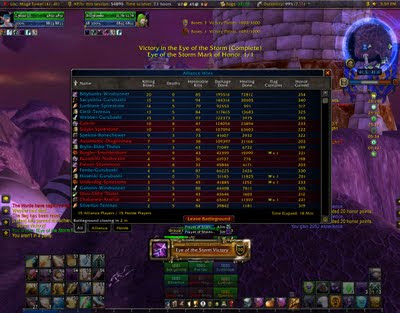