Still leveling and discouraged about it 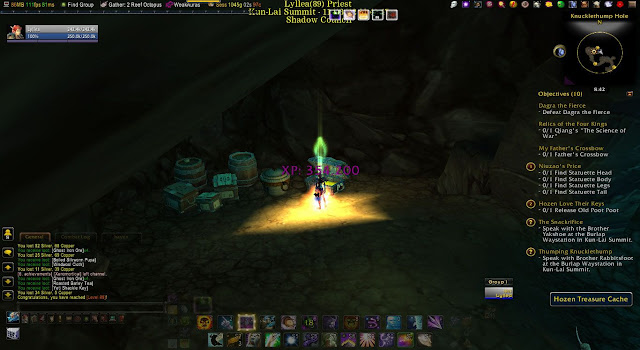 Whelp, Lyl hit 89 tonight. I keep hearing how painful 89-90 is, and I just hope it isn't as bad as 88-89.  I seem to have run into a "WOW, it takes FOREVER to kill things" problem. I'm not sure if it's a) because I still have some DS gear (mostly heroic), b) Shadow's dots are a bit underpowered, c) I'm shadowing wrong (my spell priorities are at the end), or d) all the mobs I've been trying to kill are tuned for level 90 damage. Probably some combo thereof.

I have decided I loathe Townlong, mostly because of the Shado-Pan go kill bugs quests. Those screamers are incredibly annoying as shadow, and if I get more than one mob, well, let's just say that I died at least 10 times getting those two quests done. I know I probably will have to go back at some point for a rep grind, but that entire zone's being ignored till 90, for sanity's sake.

I did get to help kill the Sha of Anger. I mostly smited, wondered where the heck my mana went, and avoided bad ground things. It did make me happy to get through the entire fight without dying once, especially since I had no idea what was going on. Good to know my healing skills haven't atrophied, and it's also good to know that I'm probably going to have to have a lot of spirit for healing. 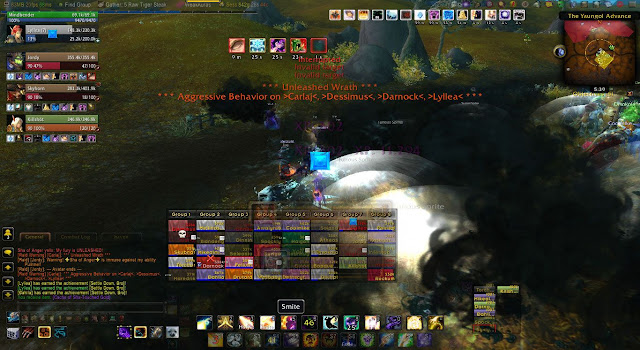 In other stuff, I've gotten both Eiunn and Kesala their farms.... 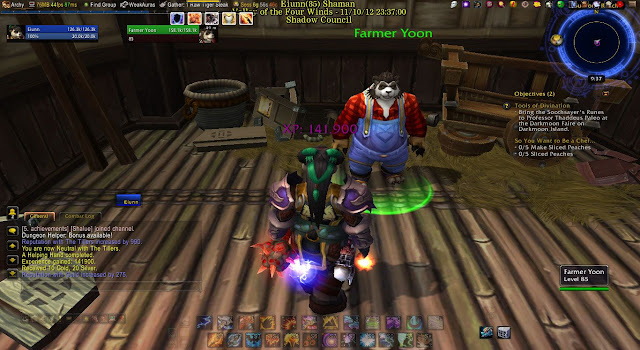 (back view of Eiunn because I love her hair!)

and some of you are wondering who the heck Kesala is. Well, remember this DK? My slightly brain-damaged toon, Llonya? 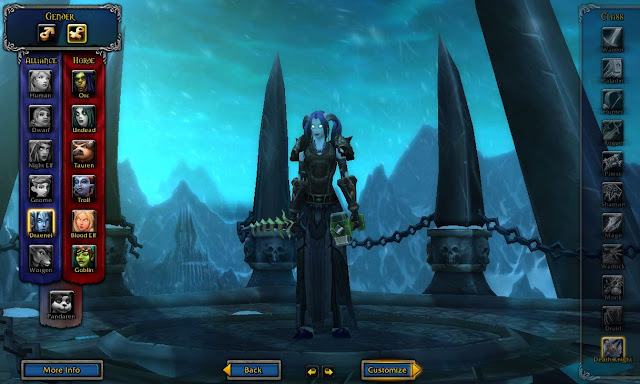 I wanted to play a melee toon, realized my only horde option was either Eiunn's enhancement spec (fun but I have no earthly idea what I'm doing) or my level 5 monk, and shelled out for a faction change (plus I needed an enchanter and really didn't want to level one). Now my blue space goat with the unpronounceable name is now a blue tauren (she looks really awesome, I just don't have a screencap) and I had a ton of fun doing the unlocking quests in Jade Forest.

The problem I'm having right now isn't the slow XP from 89-90, it's the slow killing. It just feels painful on Lyl. I'm having to recast shadow word: pain and vampiric embrace two to three times a fight (on one regular mob), so my combats are lasting 40-60 secs. That just feels awful, especially since I can switch over to Eiunn or Kesala and stuff dies so much quicker. If any more experienced priests want to offer suggestions, please, feel free.

Atm I'm casting both dots, shielding myself, then Mind Flaying like it's going out of style till a dot falls off or something procs. I throw devouring plague when I have 3 orbs, mind blasting with procs, and using Mindbender whenever possible. Mindbender's really helping with damage, btw, if you haven't tried him yet.

So, that's where I am. The goal is to get Lyl raid-ready by the end of the month (though I may or may not have a raid spot at that time, nor am I expecting my guild to drop someone to hand one to me), and then probably level whoever and play more with pet battles. I may try Kesala as a blood tank for a bit, since I've been having a blast running around as frost. I do need to sit down (probably Thurs) and figure out factions/dailies and where to unlock them. I think I've started Shado-Pan and the bug people in Dread Wastes, plus the Tillers. I know there's one faction that you have to get to revered to unlock a bunch of others, but if that one's in Townlong it'll just wait a while. I'd much rather wrap up the Loremaster achieve in the Wilds (because I'm two quest hubs away and one's already partly done), have fun randomly discovering and killing (or dying to) rares, and leveling fishing.

Oh, and can you see what's wrong in this screencap? Cracks me up every time I see it. 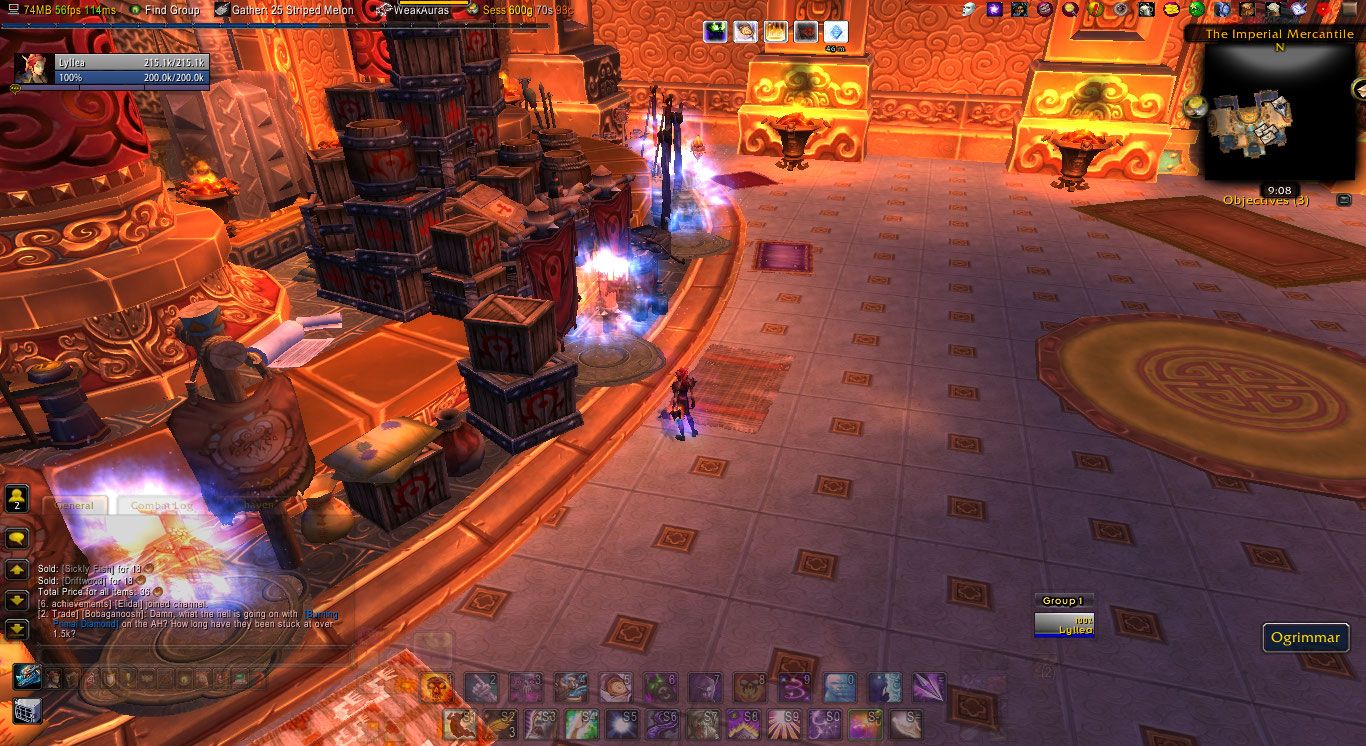