It's been a busy week here, and I went holy 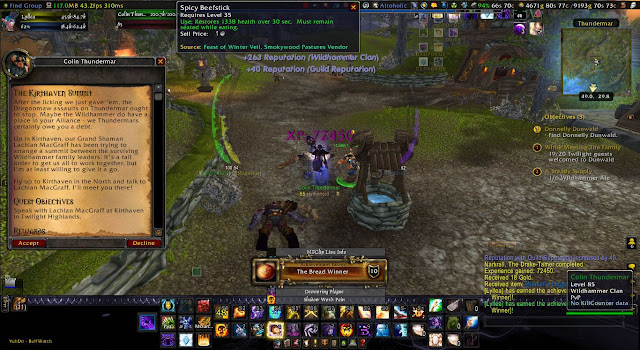 Then there was... and yes it took me long enough. 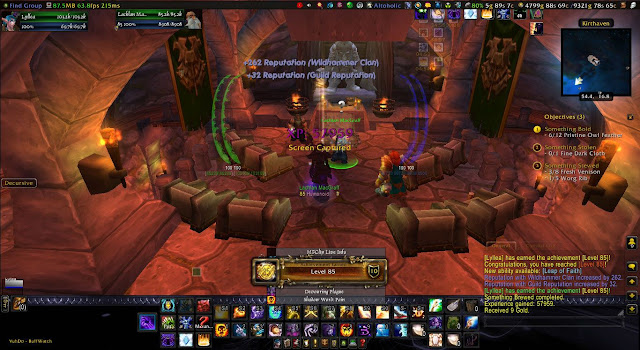 Then my guild leader had a request. That I go holy. Since I kinda need to relearn how to heal anyway, I figured why not try it. So far, well, I've managed to heal one boss. While I picked up some power auras from Tales of a Priest (which is a great resource, btw), I'm not sure what they mean yet. Plus, I keep forgetting I have this nifty group heals. Guess I spent too long playing whack-a-mole with flash heal and pw:s. But I'll get it, eventually.

But while figuring this out, there was also... 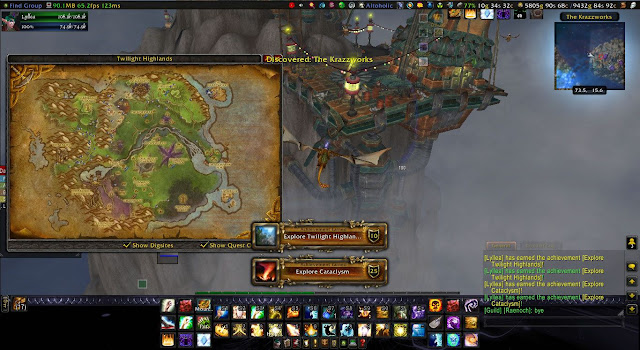 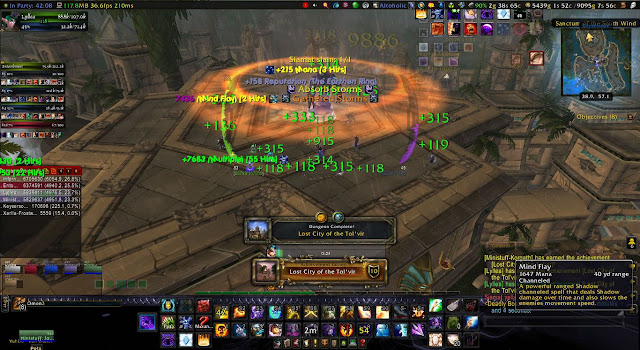 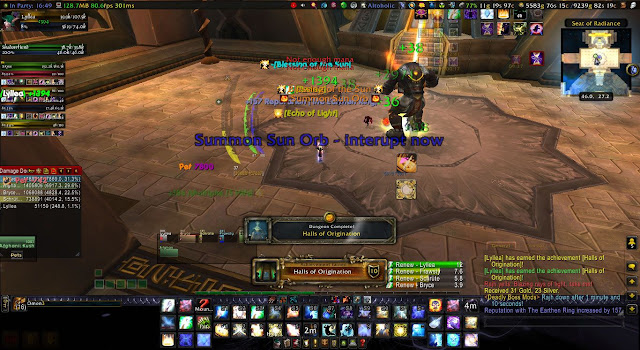 And yup, in that last one I'm healing as holy. It was the second try at the boss, who has a fairly brutal aoe (it might not be so brutal if I knew wtf was going on, but since I didn't...), and I got shiny shoes. You can see the power auras, and I know one is circle of healing's available, and maybe the other one's something to do with Chakra? While I understand the chakra thing in principle, in practice I'm a bit too busy trying to figure out which spells I need to be using to keep people alive without going oom. Quite frankly, right now the entire chakra thing is another layer of complexity, one I really don't need.

As a disc healer in Wraith, I used pw:s, flash heal, penance, and prayer of mending almost exclusively. In Cat, disc throws in Archangel and smiting when possible, plus using heal and possibly renew. The challenge there is figuring out when you can dps, when you need archangel, and trying to make the two mesh somewhat.  Or at least that was my (very) limited experience healing while leveling.

As holy in Cat, so far I have Renew (which I like), Heal, Greater Heal, Circle of Healing, Prayer of Mending, that other group heal spell that I can't remember the name of, and the occasional free Flash Heal. And I have three chakra states, each which makes that Holy Word thing do something different. Of course, that assumes I remember I have chakra states and that holy word thing and am not just fairly frantically figuring out how to keep the tank up as far as possible while keeping the dps above 50% and not running oom every pull. Okay, so I'd be worrying about the last bit as disc as well, but holy just seems to have this added layer of complexity that it really doesn't need.

I can't help wondering if that's one of the reasons holy was buffed so much. The OPness of it right now induces people to try it that otherwise would look at the complexity and go "nope, not for me".  I suspect part of my own problem comes from being a mostly single-target healer for so long. That, combined with new tools, old tools I actually need to use now, and a resource I need to pay attention to,  makes holy quite a challenge for me.  Good thing I can always queue as shadow and go quest for a while for a break, right? Or hit an alt.
Posted by Melfina at 12:24 AM