Midsummer has officially started. I've gotten Flame Warden of Outland and defeated Ahune. I tried soloing him, failed big-time, got a guildie tank and healer, we failed again, and then we slaughtered him. I'd never seen the fight and neither had the tank, so I think we did pretty good. I want the Scorchling (omg, want so much) so I'll be running Slave Pens daily till a) I get him or b) the holiday's over.

I also respeced the survival spec back to a BM one, and duoed Black Morass with a guildie to get Elixir Master done. Now if I could just get lucky on the Frost Lotus drops. I have 65 icecrown and 42 lichbloom in the bank, and no lotuses. Sigh.

In other news, I finished a rep grind. Can you guess which one from the picture? 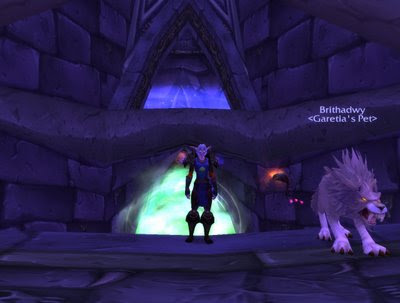 And in other other news 5 alts have leveled over the past two days. I'm going to try to take advantage of the extra xp during Midsummer, especially on the warlock since I can't get her heirloom items.

Last, but not least, a bit of fan service. What can I say, this outfit just amused me. And yes, this is her current leveling gear. 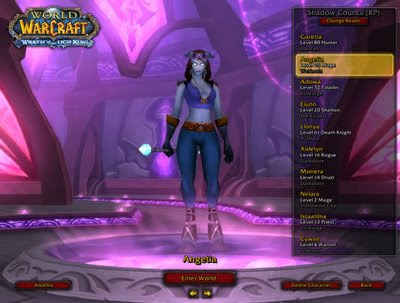